Campaign of Seti I in Northern Palestine

Basalt stele of Seti I, mentioning his victory over cities and tribes in the Beth-Shean region. Found at Beth-Shean

2nd Pharaoh of the 19th dynasty - Sethy (I) [pictured above, second from left] [Sethy, Sethos, Seti]

His titles are as follows: Horus name "Kanakht Khaemwaset Seankhtawy" Strong bull rising in Thebes, the One who makes life the Two Lands. Nebty name "Wehemmesut Sekhemkhepesh Derpedjetpesdjet" The One who renew the births, strong with a sword who subjugate the Nine-Bows (all the countries under Egyptian domination). Golden Horus name "Wehemkhau Weserpedjutemtawnebu" The One who renew the crowns, the One who subjugate the Nine-Bows in all countries. Throne name "Nesu-bit Menma'atra Heqaiunu" The King of Upper and Lower Egypt, firm is the truth of Ra, the Ruler of Heliopolis. Birth name "Sa-Ra Sethy Merenptah" The son of the Sun, The man of Seth, beloved of Ptah.

Sethy (I) was not born into the royal family, his Great Royal Wife, Queen Tuya, was also born a commoner, her mother was called Ruia and her father, Raia, was the "Commander of the Chariots" in the Egyptian army. Both of Tuya's parents were burried at Thebes. Sethy (I) and Tuya had their children before he was made king, this is known due to their eldest daughter named Tia, who is believed to have married before their family became royalty, as she was married to a commoner called Tjia. He held the title of "Overseer of the Treasury". Tia and Tjia were burried in a tomb at Saqqara.

There was some debate as to whether Sethy (I) and Tuya had one son or two sons due to an inscription, at the Great Hypostyle Hall in the Karnak temple, showing Sethy (I) preceeded by what was initially believed to be a prince named Nebenkhasetneb. Also here was a figure from a Libyan battle scene (again thought to be the elder son of Sethy) that had been plastered over and replaced by a picture of Ramessu (II) (3rd Pharaoh of the 19th dynasty). The plaster has partially fallen off in places, revealing to present archaeologists both stages. It was thought that if this son had existed, he must have died in infancy, as there is no further trace of this prince. More recently it has been proposed that this isn't a prince, but a favoured high ranking military man of Sethy (I), holding the titles of "Troop Leader" and "Fan Bearer" nicknamed, Mehy. It is possible that Mehy may have been heir apparent to Sethy (I), especially in the early years of Sethy's (I) reign, as Ramessu (II) may have been considered too young to reign. But it is likely that as soon as Ramessu (II) reached puberty, Mehy's claim to the throne was no-longer and Ramessu (II) became the legitimate heir.

Sethy's (I) reign lasted from approximately 1290-1279 BC, and on his death was buried at King's Valley 17, but like his father he was relocated to the Deir el-Bahri 320 mummy cache in antiquity, where he rested until the discovery of the cache in 1881. Queen Tuya outlived him by about 20 years, and gained high prominence during Ramessu's (II) - her son's - reign, where he credited her with the title "Mut-Tuya" meaning, Mother Tuya. When she did die, it is possible that Ramessu (II) had his mother buried in - as yet - an unnumbered tomb, located west of Queen's Valley 66.
http://ancientegyptianmonuments.blogspot.nl/

The Military Campaigns of Seti I

the EES, and the temple of Sety I at Abydos:

The goddess Hathor welcomes Sethos I : 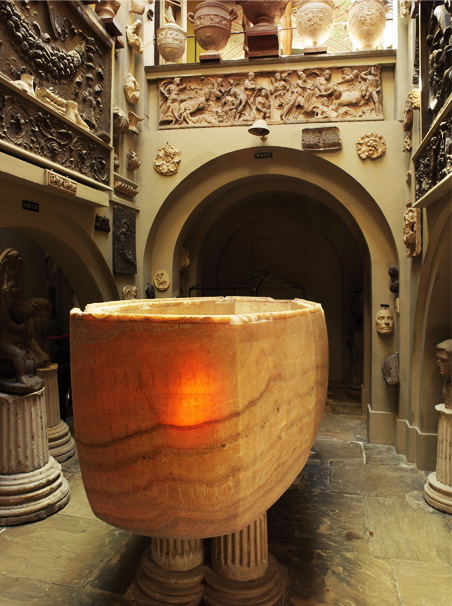