The last known Royal Pyramid built in Egypt by the founder of the New Kingdom, Ahmose. A textual reference records a Pyramid built by Tuthmosis I at Abydos, but nothing of it has ever been discovered. 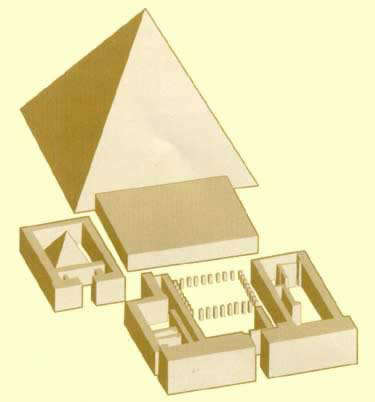 The Pyramid of Ahmose was not built as a tomb, but as a cenotaph for pharaoh Ahmose I at the Necropolis of Abydos, Egypt. It was the only royal pyramid built in this area. Today only a pile of rubble remains, reaching a height of about 10 m.

In 1993, the Pennsylvania-Yale Institute of Fine Arts Expedition led by Stephen Harvey began a new survey of this complex, initiating ongoing excavations at and around the pyramid.

Among their findings were walls and related buildings near another pyramid, engraved bricks with the names of people responsible for the construction of the buildings, fragments of decorated limestone temple reliefs, parts of statues, and small inscribed stone slabs used as part of worship that are known as votive stelae. 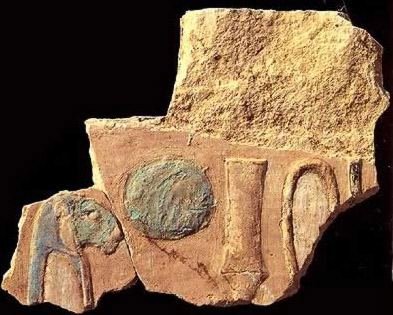 The discoveries are part of a collection of documentation that pushes back the date of complex artistic representation of warfare in Egypt. The site has yielded the earliest known paintings of horses and chariots used in battle as well as the earliest known representation of a practice that later became common in battle documentation: paintings of collections of the severed hands of enemies. 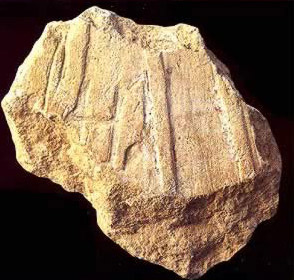 A depiction of Egypt's first horses, three archers in the army of King Ahmose and a fragment bearing the name of the Hyksos king, Apophis (Ipep)


The ruins of Ahmose at Abydos are extensive, not only consisting of a pyramid and mortuary complex, but also the town of the workers who built and later managed the facilities.
The mortuary temple that is recognizable as such lies somewhat north of the pyramid. This structure appears for the most part to be the outer section of the temple, with a plan consisting of a massive wall on the east and a central doorway that lead to a forecourt.

From the forecourt, a doorway leads to a square court. Foundation blocks at the back might have supported the pillars of a colonade. However, between this section of the temple and the pyramid itself are what probably remains of an inner court where little was found except patches of pavement and four circular granaries along the back wall. Mace also discovered a semi-circular mudbrick deposit that may have either been the remains of a ramp, or the inner sanctuary of the temple.


One of the buildings the team discovered earlier this year is a temple that likely was dedicated to Ahmose Nefertary, the wife and sister of the Pharaoh Ahmose.

Hence, the Pyramid complex of Ahmose at Abydos, located at the junction between the low desert and the floodplain, not only includes a temple, but also a large, unfinished rock cut tomb far out in the desert, and beyond that, at the foot of the cliffs, a stone and brick walled platform probably intended to support a building which appears never to have been constructed. About halfway between the pyramid and tomb is the brick shrine dedicated to Ahmose's grandmother, Tetisheri, where a stela which recorded Ahmose's decision to build a shrine for her was found. 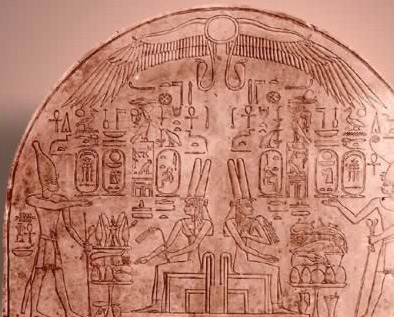 The top of Tetisheri's Stela 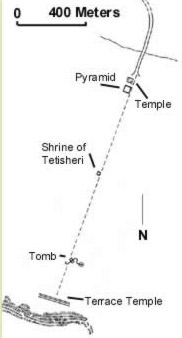 By building his complex at Abydos, Ahmose certainly intended to associate his mortuary cult more directly with Osiris.

Re: AHMOSE PYRAMID AT ABYDOS